a constant struggle
between

and
making his
happiness

Happiness
only real
when

wishing away a
secluded life
of being useful to people
to whom
it is easy to do good,
i kept walking
on the paved roads
of selfish

wishing of work
which one hopes
may be of some use,
i kept moving
my fingers
trying hard to open
the empty drawers
of greed

but then
i stopped
ceased my work
and looked
around

wishing to be
happy
i found,
if you want to
be happy, 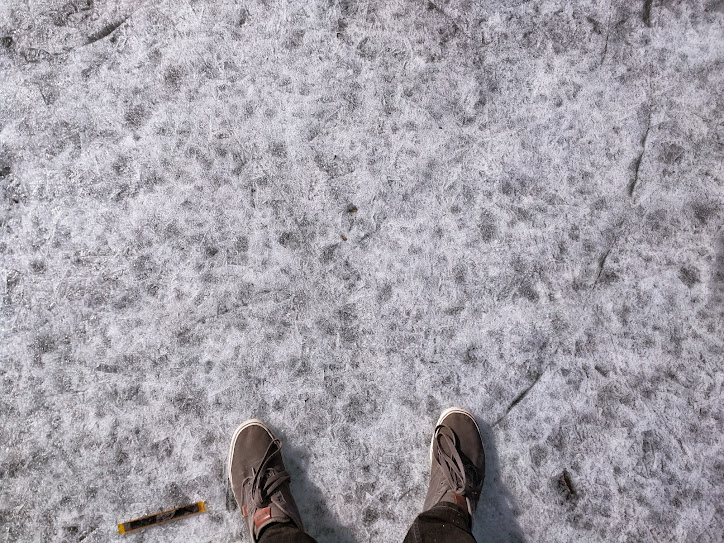 I guess that’s what keeps us alive.

I was breathing. Actually breathing. My heart beat was faster than ever. I can’t remember when was the last time I felt like that. Even while writing this, it’s still not in my control. Its still fast. I feel alive. Resurrected. When I was standing in the middle, that’s when it struck me. Its a lake. I don’t know how to swim. I really don’t like chilly water. No one does. No, that’s not how I want to die. I haven’t thought about it, but not like that. That’ll be lame. When all these reasoning strikes you at the same time, that’s when shit gets real. Its been over 40 degrees for last 4 days. That was the icing on the cake.

But the thing is, I can’t run away now. I’m here. There’s nothing I can do about it now. All I could feel was the instant rush in my breath. An exciting one. A bit of insecurity. My mind asking me, why would you ever do something like that? But my heart replying, because that’s what you live for. For moments like these. I felt my heart rate calming down. Should I go further? Why not. And I walked. And I kept walking. And few seconds later, I looked back. I could still point out my bike, but anyone would’ve easily stolen it easily at that point. There’s no way I would have caught him.

I looked around. That was it. I’ve made it to the middle of the lake. A sense of accomplishment. The sun shone behind me, with the rays giving me a pat on the back. But I realized something. Happiness is real only when shared. I wanted to yell. I wanted to scream. I don’t do this everyday. I wanted to jump like crazy. Probably not a good idea given the situation. But I didn’t. I kept all of it inside me hidden somewhere. There was no one to share it with. But I headed back, slowly, still filled with some accomplishment. After touching my bike again, I felt a bit of relief. I did it. Yes. I looked back. There was no one. Just the frozen lake and sunlight reflecting from it. 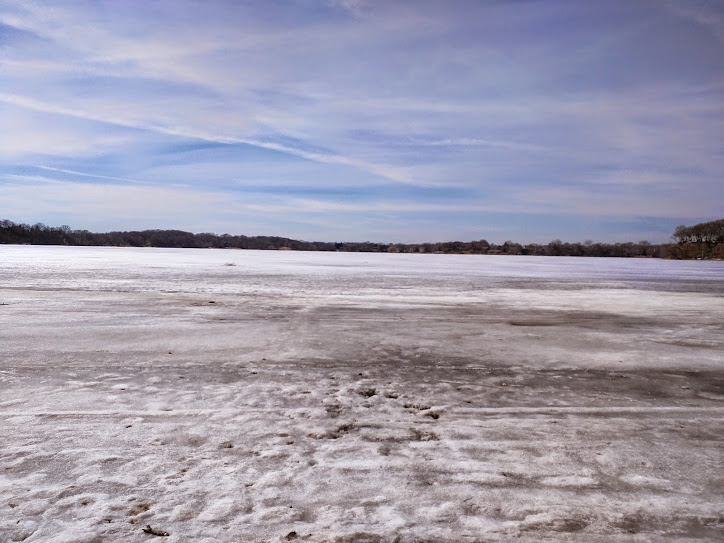 What do we need to do today?

The things that happened last year with me have changed my beliefs, tested them, challenged them, shaped them up and strengthened them. It’s because of those things I think I know the answer to this question.

In 2012, I was studying in a college in India, and was one of those bored students who didn’t have anything to do after the classes. Most of the colleges in India don’t have the so-called “necessary” facilities like a recreational center, intramural, and fun events going on. So a friend and I decided to start our own college magazine after getting fueled up by reading the autobiography of Richard Branson, the founder of the Virgin group. Crazy enough idea! We actually got some people working with us. The results were astonishing. In no time, we were on the verge of creating our own thing. But how did this happen so quickly? It wasn’t a miracle, it was the belief I had. It was the belief in people and in my dreams.

What are the odds of you asking somebody you don’t know at all to help you by spending out a large part of his time and doing it for free of cost? If you have asked, you know that the answer will always be a ‘no’ until you actually ask. A guy studying graphic designing and arts in England agreed to make the cover for our magazine. A professional photographer in California agreed to get the particular kinds of photographs we needed. A well-known journalist was so excited that he wanted us to use his work. A famous rock band let us interview them. One of the world’s most famous cricketers said no to give us his interview (still a pretty big thing just to receive that email!). The rejection didn’t help us but it did fortify my faith in what we were doing. Every time when I read that email, it reminds me that anything is possible.

I couldn’t believe what was happening at that time, but it was right there happening in front of my eyes. I was just amazed at how much easy this all was with these generous people in the world. I agree not all of them said yes, but most of them were willing to help, even though they had never met us. Sometimes, you have to convince them a bit because most of them are too protective, but most of the times, you’ll be surprised by the result you get when you actually ask for something. Though I never had the final copy of the magazine in my hands, it helped me a lot as a person and a writer.

The satisfaction of helping someone and that happy feeling is just too good to ignore. It may be one of the best feelings in the world. Sometimes people don’t help to gain something; they just help. That small act can change somebody’s life forever.

I believe in people. They are good enough to make this world a better place and inspire others by just simply helping each other. If most of us do even little things to help others, then soon, we won’t have a lot of things to complain about.

So what do we need to do today?

I think we know the answer!

A little girl was all she was,
Without any knowledge of cheats and flaws,
She lived in a world of her own,
Believing all good things she had known…

She lived in a place in all her dreams,
Not near, far away, it usually seemed,
Back then when dreams used to be reality,
It was in her mind with much more clarity…

She dreamt of that place day and night,
Always going there whenever she’d a fight,
All happiness there made her alive,
Yes, she was in her paradise…

As she grew, her place felt farther,
Stuck with problems, always growing larger,
Never ending roads in front to walk,
Just fear with her to share and talk…

No truths, no promises, no faithful ties,
Much more she felt in the world full of lies,
It wasn’t her dreams where the sun rules,
Here just the money and more money, fools…

Her endless dreams faded away,
Of the place for which she heartily pray,
Feeling sadness here, she weeps and cries,
Maybe she lost her paradise…

As she lost the smile on her face,
She looked at mirror with such a disgrace,
Raising her arm she was forced to fight,
Breaking the mirror she felt calm and light…

In blooded pieces she saw herself broken down,
The new was gone and the old was found,
A ray of hope dawned upon her eyes,
She searched for the truths from the pack of lies…

A sense of happiness found her again,
Everything was washed with the showers of rain,
A clear image of chilhood dreams gleamed in her eyes,
Yes, she was in her paradise…